One of my side projects is to develop packages for the computer algebra software GAP.

is a package that provides users with the basic tools to work in various areas of finite incidence geometry, from the realms of projective spaces to the flat lands of generalised polygons. It uses the algebraic power of GAP, particularly its implementation of matrix and permutation groups. If you would like to try the package, don’t hesitate to contact me, or any other member of the development team. 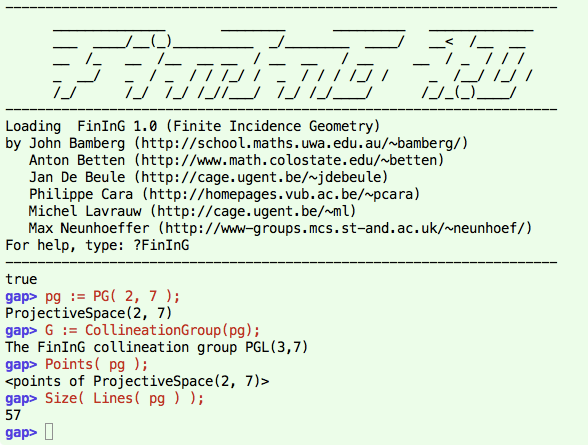 is a package for simple generic use of association schemes and homogeneous coherent configurations.